The Adjudication of Disputed Claims under IBC: A Lacunae Left Unattended? 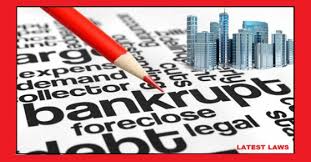 The Insolvency and Bankruptcy Code, 2016 (“IBC”) is silent on the appropriate authority which would exercise adjudicatory functions to adjudicate the disputed claims. The Supreme Court in Essar Steel allowed a resolution plan to admit disputed claims at the notional value of INR 1, which would have to be paid contingent to the outcome of proceedings after the value of the claim has been determined by the appropriate forum. However, for resolution applicants who do not wish to take the risk of admitting claims whose value is yet to be decided, the silence of the IBC in providing for an adjudicatory mechanism to settle disputed claims becomes problematic.

Resolution Professional as the Adjudicator

The Supreme Court in  Swiss Ribbons Pvt. Ltd. v. Union of India held that the resolution professional has the duty to receive and collate all the claims submitted by the creditors. However, the court observed that the resolution professional does not have quasi-judicial powers, but only administrative powers. Even when she exercises her discretion in verifying claims, it is only in her administrative capacity. This means that she cannot decide to reject the submitted claims.

In Prasad Gempex v. Star Agro Marine Exports Pvt. Ltd.,the resolution professional had reduced the value of a disputed claim submitted by the creditor. Relying on Swiss Ribbons, the Tribunal held that since the resolution professional does not have any quasi-judicial power, she would not have the jurisdiction to decide or adjudicate upon the claim submitted by an operational creditor. Since the resolution plan had been approved, the Tribunal allowed the creditor to continue the proceedings in other fora to determine the value of the claim by relying on Section 60(6) of the IBC. Such an approach has also been adopted in cases such as Mr. S. Rajendran, Resolution Professional v. Jonathan Mouralidarane.

It is important to take note of Regulation 14 of the Indian Bankruptcy Board of India (Insolvency Resolution Process for Corporate Persons) Regulations 2016 (“CIRP Regulations”) which grants the resolution professional the power to “make the best estimate” of the claim if the amount claimed by a creditor is imprecise due to contingencies. Thus, it appears that a resolution professional would have the jurisdiction to estimate the value of a disputed claim which could be reviewed by the adjudicating authority but in practice, the existence of such jurisdiction has been consistently denied by the courts.

Adjudicating Authority as the Adjudicator